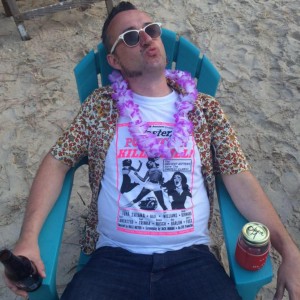 Use these for Rough Chowder advertising:

Contained are hi rez versions of these images:

Cajun music is dance music, whether played in the dancehall, on the back porch or in a field during Mardi Gras. The beautiful melodies of the accordion and fiddle playing the Cajun two step and waltz mixed with foot stomping swamp blues and Zydeco are guaranteed to transport you to the bayous of Louisiana. Cajun is a music that transcends the ages with youngsters being transfixed by the flame haired lady playing the washboard while the tempo dares anyone to try and stick to the spot without grabbing a partner.

Fronted by husband and wife, Ian and Cheryl McIlroy, Rough Chowder have been homing their Cajun sounds and amassing a following through playing European wide Cajun and Zydeco festivals, pubs, folk clubs and festivals.

Influenced by some of the greats, the Balfa Brothers, Octa Clarke, Boc Sec Ardroin and also by the new generation of Cajun bands coming out of Louisiana such as Feufollet and Pineleaf Boys, Ian has developed his own ‘Kookie’ style of accordion style playing, according to Preston Frank, and has become a well respected played on both sides of the Atlantic. Cheryl has a developed a strong female Cajun voice guaranteed to have you weeping one minute and pinned up against the wall for doing her wrong the next…..you have been warned!

Joined in 2015 by guitarist Andrew Craggs, no stranger to the folk scene being the son of Marty Craggs of Lindisfarne and the Happy Cats, Andrew has brought his song writing prowess to the group in the form of ‘The Rougarou EP’, Rough Chowder’s first release of original songs bridging both Cajun and Zydeco styles.

The Rougarou EP is available from iTunes, Amazon, Spotify and directly from our website www.roughchowder.co.uk.